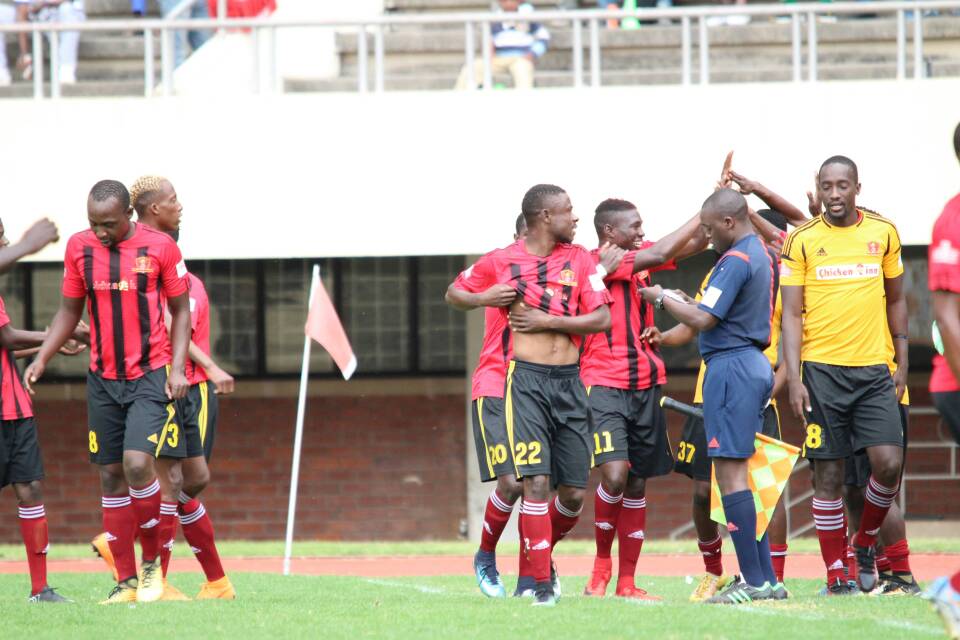 Highlanders and FC Platinum closed the gap on top after picking up wins on Tuesday afternoon in the Castle Lager Premier Soccer League Match-day 9.

Log Leaders Ngezi Platinum dropped points away at Nyamhunga while CAPS United suffered their second defeat of the season at the hands of Chicken Inn.

Bosso were without their coach Madinda Ndlovu when they beat Mutare City Rovers 1-0 in a match played at Barbourfields.

A 79th-minute strike from Newman Sianchali was enough for the home team to move to 20 points.

Tshilamoya controlled the game in the opening stages, getting three corner kicks inside the first ten minutes.

Rovers only found their feet later, but a Bosso backline which had Andrew Mbeba and Carlton Siamalonga kept them at bay.

Obadiah Tarumbwa netted an early goal in the 10th minute.

The Green Machine went on to suffer another blow late in the encounter when their keeper Prosper Chigumba received a red card.

Wisdom Mutasa who replaced Dever Mukamba in the second failed to bring in creativity in the attack and was substituted later.

CAPS United are now in the 6th position while Chicken Inn climbed to fourth.

Never Tigere scored the solitary goal in the 56th minute. Ali Sadiki could have given the hosts an early advantage, but his header went straight to hit the upright.

Farai Madhanhanga also got chances which he failed to convert.

Rhinos, on the other hand, were a better side in the second half despite conceding.