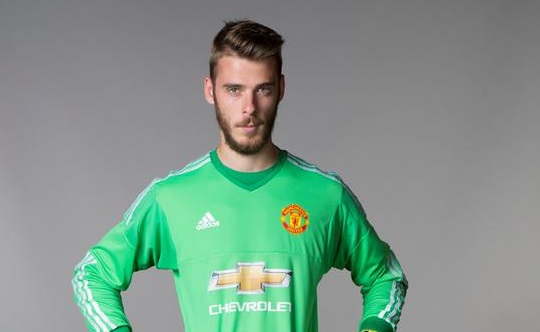 David De Gea has been crowned the Sir Matt Busby Player of the Year for 2017/18, as voted for by Manchester United fans.

The coveted award is certainly in safe hands as the Spanish stopper has now won it more times than any other player in United’s history. It’s the fourth time in five seasons that De Gea has claimed the historic accolade, after becoming the first Reds star to win it in three consecutive seasons between 2014 and 2016.

There were more than 107,000 votes, with De Gea receiving two thirds of the final count (67 per cent). Jesse Lingard came second (10 per cent), while Romelu Lukaku was a close third (eight per cent).

De Gea, who arrived from Atletico Madrid in 2011, succeeds his compatriot Ander Herrera in receiving the trophy, having enjoyed yet another outstanding campaign for the Reds.

The goalkeeper has already kept 21 clean sheets in all competitions this term, more than in any other season at the club, with three league games and the Emirates FA Cup final against Chelsea still to come.

“It was a bit hard at the beginning but I believed in myself and I work hard and train hard and, until now, I am proud of myself too. Of course, I want to say thanks to everyone. I didn’t expect to win one but now I have won it four times so it’s amazing for me. Thank you.”

De Gea is also on course to claim a first Golden Glove – the award given to the goalkeeper with the most clean sheets in a Premier League campaign. He currently leads the way with 17 shut-outs – two ahead of Manchester City’s Brazilian stopper Ederson.

The 27-year-old faced stiff competition for United’s Player of the Year gong from several team-mates but is undoubtedly a worthy winner, having excelled once again with some world-class contributions to help the Reds secure Champions League football for next season and a place in the FA Cup final at Wembley.

From the remarkable intervention in the Champions League against Sevilla to his stunning double save against Arsenal at the Emirates Stadium, the keeper has made a number of spectacular stops that have often defied description.

De Gea – who won United’s Player of the Month award back in February – has established himself as arguably the world’s best goalkeeper, while cementing the no.1 jersey for both club and country.

His magnificent form in 2017/18 has also been recognised with an inclusion in the PFA Team of the Season for a fifth time and being nominated for the PFA Players’ Player of the Year award, which was eventually won by Liverpool’s Mohamed Salah.