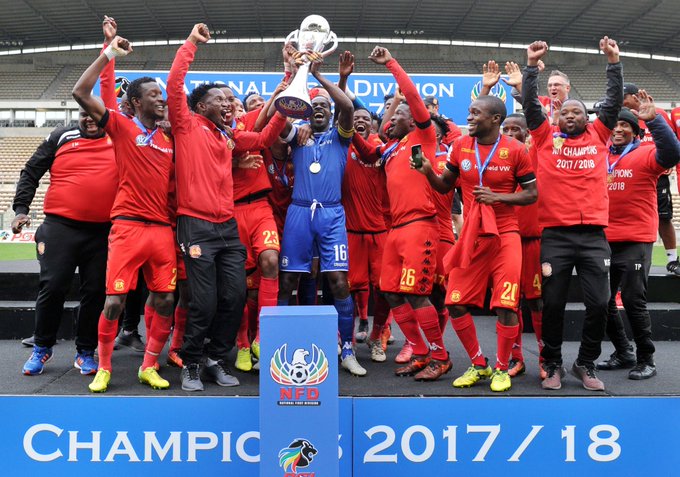 Highlands Park captain Tapiwa Kapini was delighted after his side were officially crowned as National First Division champions when they are presented with their trophy following an emphatic 3 nil win over Stellebosch at the Athlone Stadium.

It was their 21st win of the season as they have run away with top place in a dominant showing having been confirmed champions with four matches left to play.

Kapini has been one of the top performers in the league having accumulated the most number of clean sheets.

The evergreen skipper shared his delight on twitter posting himself while holding the trophy with his winner’s medal.