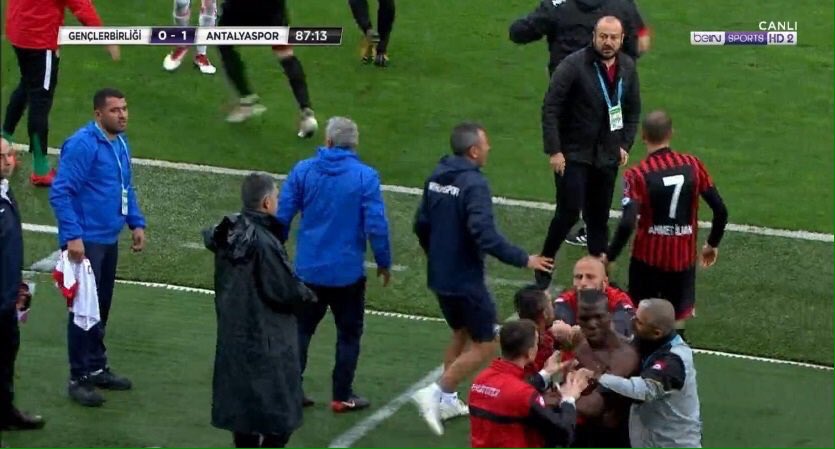 Genclerbirligi defender Florentin Pogba, the older brother of Manchester United star Paul, was attacked by his team-mates after he walked off the pitch on Sunday and leaving his side a man down against Antalyaspor.

Pogba removed his shirt and stormed off the pitch in the 88th minute with his team trailing behind by a goal, and this led to an argument with a team-mate.

According to reports, several team-mates then confronted him in the changing room forcing security officers and club officials to intervene.

Genclerbirligi went onto lose the game by the single goal, leaving them second from bottom and five points from safety with two games to play.