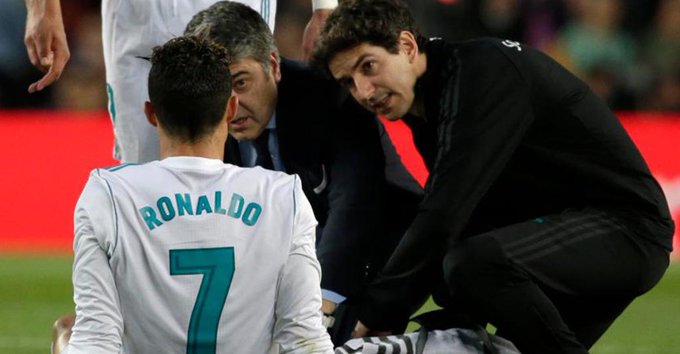 Real Madrid boss Zinedine Zidane has confirmed that Cristiano Ronaldo will be fit to face Liverpool in the Champions League final, according to SkySports.

Ronaldo picked up an ankle injury and was withdrawn at half-time during Sunday’s El Clasico encounter with Barcelona.

Zidane also confirmed that Isco and Dani Carvajal will have recovered in time for the final on May 26.

“They are all going to arrive at the Champions League final,” he said.

“The worst is Cristiano, because it’s just happened, but he’s fine.

“Isco will train with us normally and Carvajal has a little way to go, but physically he is working well.”