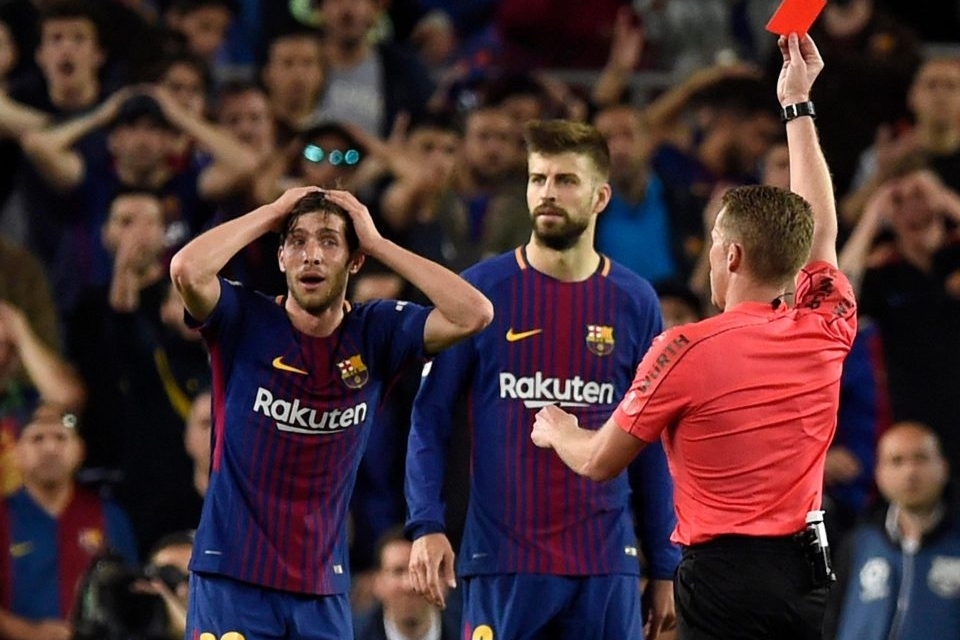 Barcelona full-back Sergi Roberto has been banned for four matches after his sending off in El Clasico on Sunday night, price no prescription online viagra according to reports in Spain.

Roberto appeared to slap Real Madrid defender Marcelo during the closing moments of the first half at the Nou Camp as Barca drew 2-2 with their rivals.

The ban means the 26-year old won’t play again this season, missing matches against Villarreal, Levante and where to buy viagra without a prescription Real Sociedad.

He’ll also not play the first leg of the Spanish Super Cup against Sevilla.

Do NOT follow this link or you will be banned from the cialis 20mg side effects site!