Former Dynamos coach Paulo Jorge Silva is entering his second season as head coach at Chinese side Xiapu Football Club, having gone through Mufulira Wanderers of Zimbabwe , but he still has fond feelings for the Harare Giants.

The Portuguese coach Silva, who was the coach at Dynamos in 2016 , posted on Facebook wishing Dynamos well in their difficult season also encouraged the fans to rally behind the team. 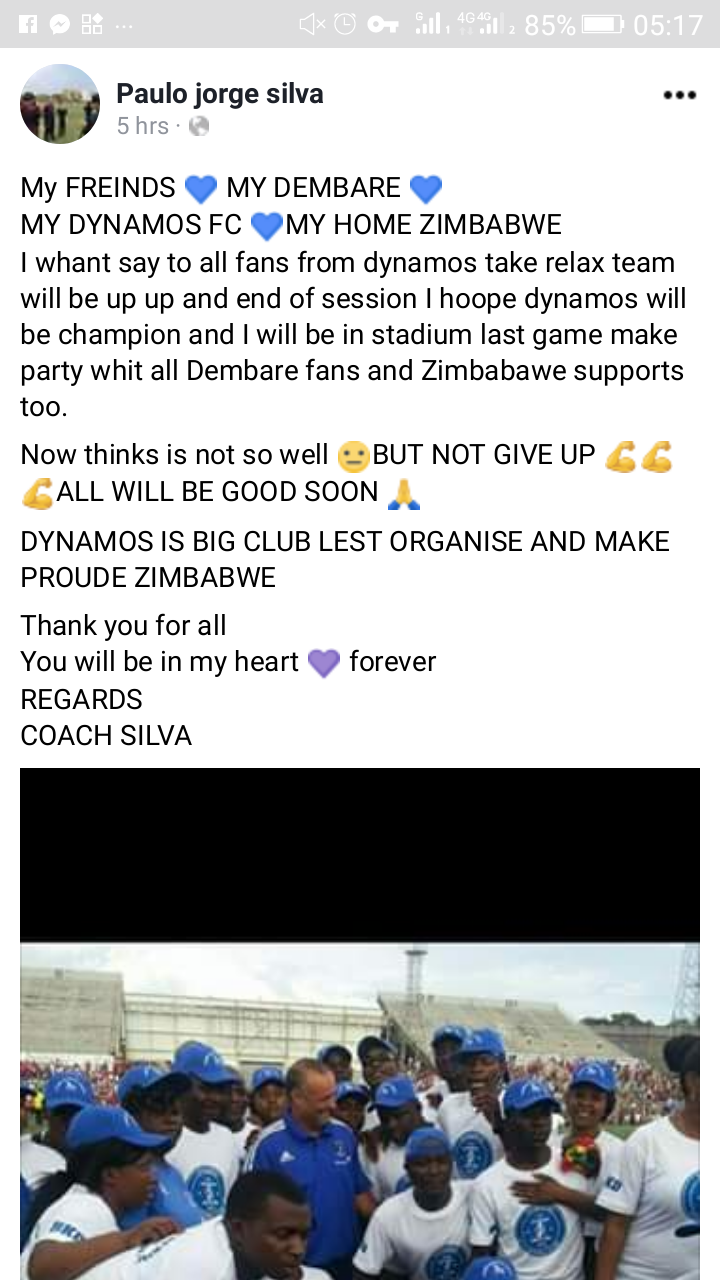 Paulo Silva was fired at Dynamos following a string of poor results and was replaced by then assistant Lloyd Mutasa who has since revived the club.

Dynamos have been going through a tough patch only managing two wins in 10 matches amassing a paltry 9 points out of a possible 30.They have already fired coach Lloyd Mutasa and Biggie Zuze has assumed a caretaker role.