Highlanders and CAPS United played to a goalless draw at Barbourfields Stadium on Sunday afternoon.

The match created several chances which were wasted by either side.

The visiting team controlled the first half, with Simba Nhivi getting brilliant opportunities which he failed to convert. His 32nd-minute header went wide before blowing over another effort ten minutes later.

Ariel Sibanda also denied the Green Machine from a point-blank on the stroke of halftime. His opposite number, Prosper Chigumba was forced into a save earlier following a superb strike from Ozias Zibande.

The second period resumed with MacClive Phiri delivering a cross which met Zibande in the box whose diving header went an inch wide.

Justice Jangano, on the other end, went on to miss the target while Peter Mudhuwa could have grabbed a late winner in the last minute of the game, but he failed to direct his effort from a close range.

The result means Highlanders are on the third position with 22 points and CAPS United are placed seventh.

At Rufaro Stadium, a first-half brace from Rodwell Chinyengetere gave FC Platinum a victory over Dynamos which maintained a 3-point gap from leaders Ngezi Platinum.

Chinyengetere opened his scoring account of the day as early as in the 4th minute. The reigning Soccer Star of the Year added another one with a long-range strike from outside the box just after the quarter hour mark.

The Glamour Boys were forced to make a change in the 33rd minute when Cleopas Kapupurika came on for Raphael Manuvire who was not performing well.

The second period saw Dembare continue chasing shadows, failing to hit the target in most of their chances they got.

The match ended in favour of the visiting side, stretching their dominance in the tie which started in 2015.

The match between Mutare City Rovers and Herentals ended in a 1-1 draw. 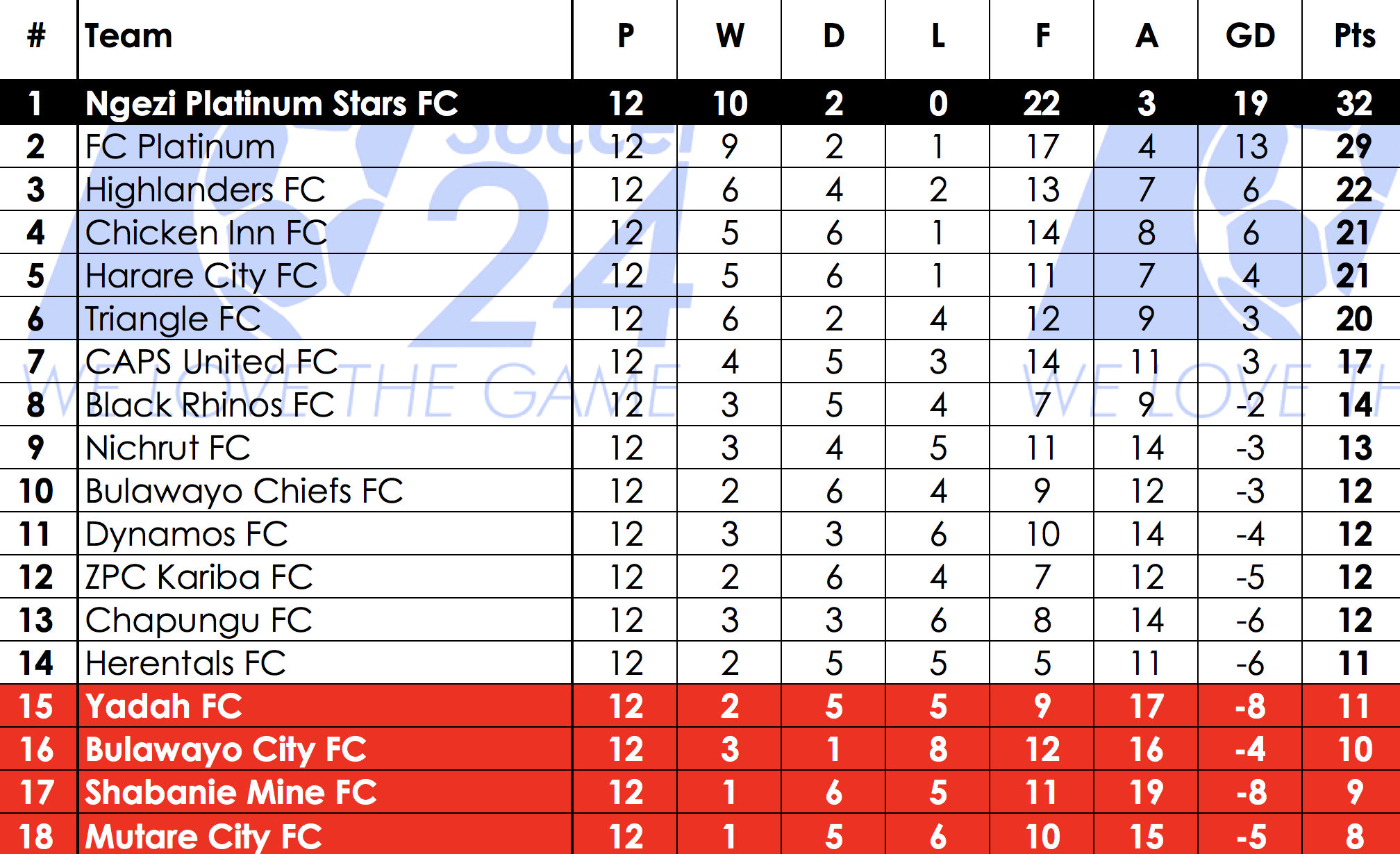