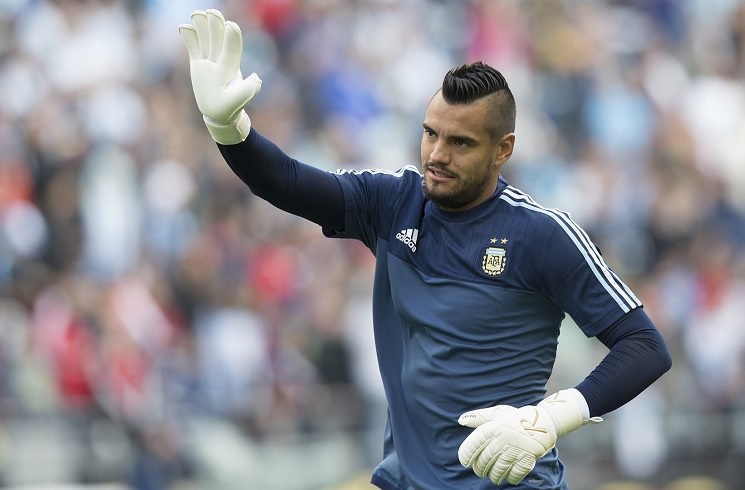 Argentina and Manchester United goalkeeper Sergio Romero has been ruled out of the World Cup due to a knee injury.

The 31-year-old was named in the 23-man squad on Monday along with fellow goalkeepers Willy Caballero and Franco Armani but was ruled out on Tuesday evening.

The Argentine Football Association tweeted: “Sergio Romero suffered today a joint blockage in his right knee that will leave him out of the squad.”

Tigres’ Nahuel Guzman has been called into the squad as Romero’s replacement.

The South Americans begin their World Cup campaign against Iceland on 16 June before games against Croatia and Nigeria in Group D.