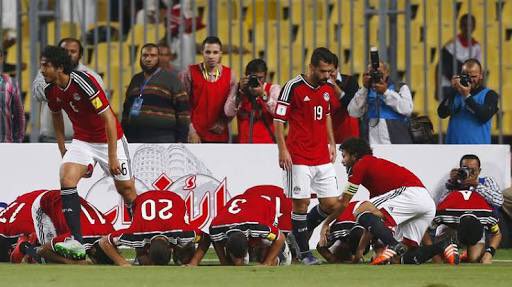 Egypt goalkeeper and captain Essam El-Hadary said that team will meet to decide on fasting Ramadan or not during the current preparation camp for the World Cup in Russia in June.

“We will inform the technical staff of our decision regarding fasting as soon as the players meet and agree on what we will do,” the 45-year-old record-breaking goalie stated during a press conference on Thursday.

Egypt will play three friendly games during the camp, which falls during this year’s Holy month of Ramadan, starting with Kuwait in Kuwait on 25 May, then a week later against Colombia in the Italian city of Bergamo, and finally a match against Belgium in Brussels on 6 June.

Muslim are obligated to fast, abstinence from eating of drinking, from dawn to sunset during Ramadan, but some exceptions are allowed in cases of illnesses or travel.

“We all have one dream. We want to represent Egypt well at the World Cup,” he added.

Egypt, who have qualified to the most prestigious football tournament after 28 years of absence, will kick off their Group A games with Uruguay on 15 June, then go on to face hosts Russia four days later, before ending the group stage with Saudi Arabia on 25 June.