Ronaldo on whether there is any similarity between him and Salah 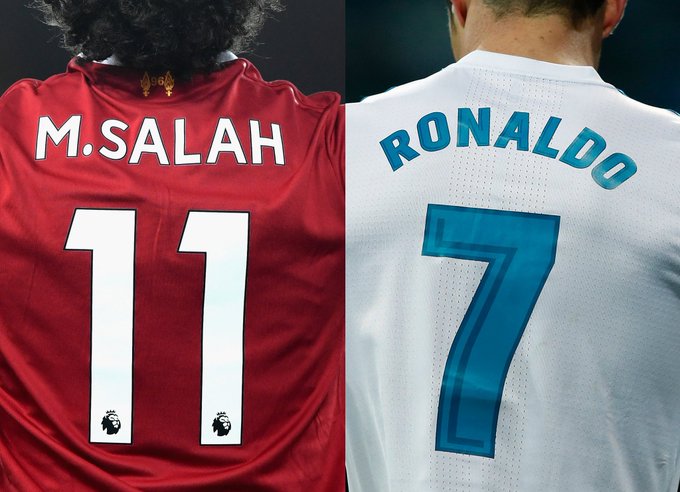 Real Madrid star Cristiano Ronaldo refused to be compared with Liverpool’s star Egyptian winger Mohamed Salah before the two face off in the UEFA Champions League final on Saturday, saying that he is completely different from any other player.

“Not really, he is completely different. He plays with the left, [and] I play with the right.” the 33-year-old Portuguese international told the BT Sport channel.

“I am tall; he is a little bit shorter. I play with the head. We are completely different,” Ronald said.

Ronaldo, who won the FIFA Ballon d’Or award four times, is bidding for a UEFA Champions League title with Real Madrid this season after losing the Spain La liga to arch-rivals Barcelona.

This year, the 25-year-old Salah played the best season ever played by an Egyptian in the English Premier League, scoring 44 goals in 51 appearances in all competitions.