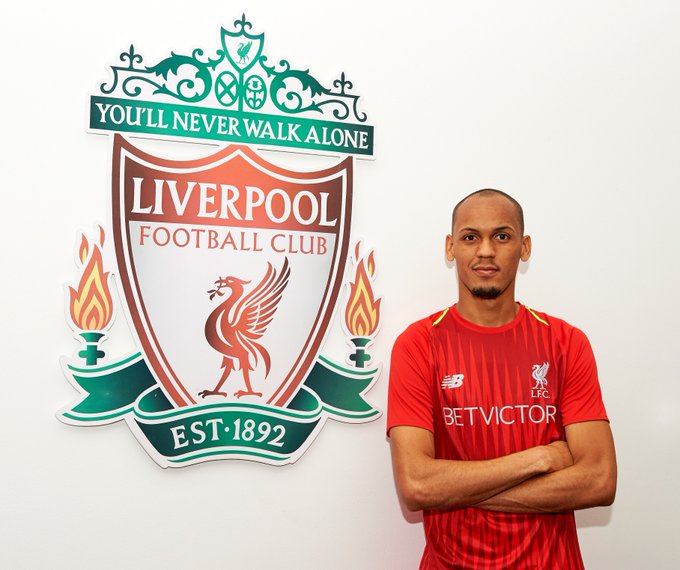 Liverpool have confirmed that they have agreed a deal to sign Fabinho on a “long-term contract” from Monaco.

The fee taking Fabinho to Anfield has not been disclosed, but it is understood to be worth up to €50m.

“I am really excited about this move. This is something that I always wanted – this is a giant of a team. The infrastructures of the club look exceptional,” the Brazil international told the club’s official website.

Fabinho, who leaves Monaco after making 225 appearances and scoring 29 goals for the club over his five-year stay, is likely to be a direct replacement for Emre Can , who is expected to leave the club when his contract expires this summer.

Liverpool were ‘leading the race’ for Club Brugge star Marvelous Nakamba, to fill in that role with the 23-year-old Zimbabwean touted to be the man who replaces Emre Can, who’s leaving Liverpool on a Bosman.