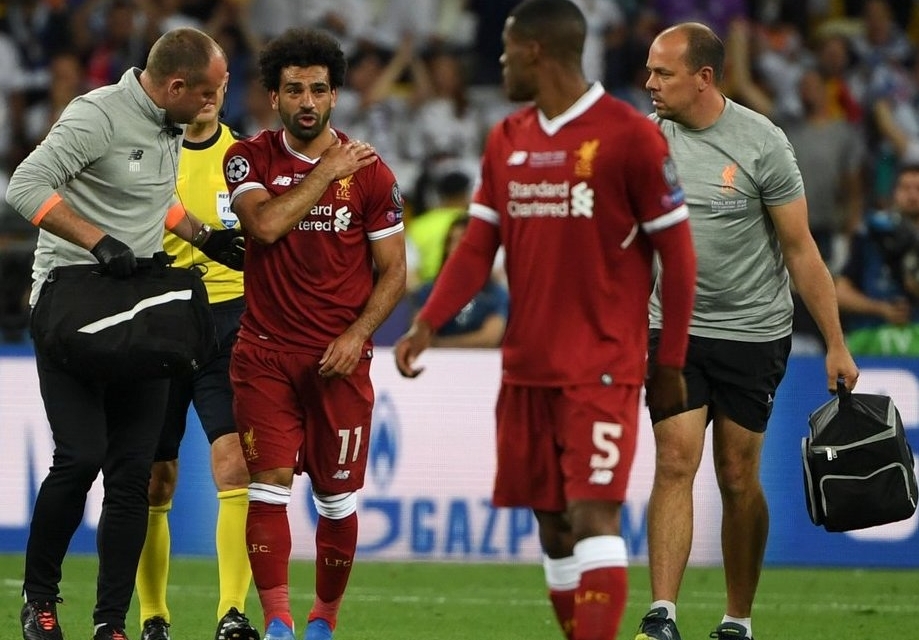 The president of Egypt Abdelfattah Elsisi has revealed that he has spoken to Liverpool winger Mohamed Salah following his injury in the Champions League final against Real Madrid on Saturday.

Salah was forced off in the first half of the match in Kiev following a tangle with Sergio Ramos , who dragged him to ground in an awkward fall which resulted in a dislocated shoulder for the Liverpool man.

The injury left the attacker’s World Cup place in jeopardy with less than three weeks to go until Egypt’s campaign gets underway, but Elsisi insists that Salah remains determined to be part of the tournament in Russia.

“I connected with the pride and son of Egypt, Mohamed Salah, to check on him after he was injured,” Elsisi wrote.

“And as I expected, I found him a stronger hero than an injury, and he is passionate about completing the tournament with his excellence.

“I have assured him that he has become a proud symbol and icon to Egypt, and I pray to God, like a father’s prayer for his son, to keep him and heal him well.”