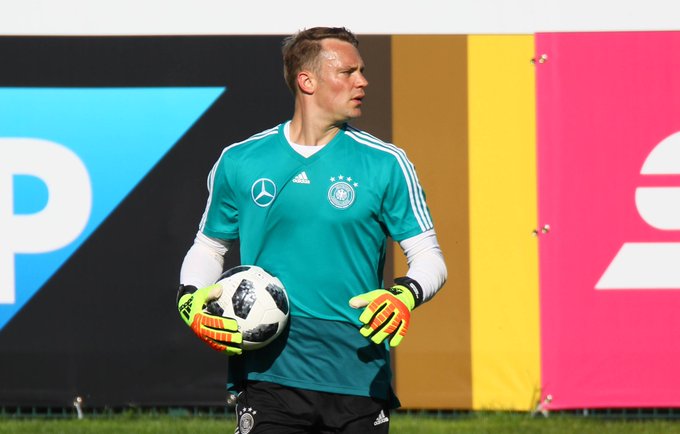 Germany’s captain and goalkeeper Manuel Neuer will return to international action in Saturday’s World Cup warm-up match against Austria after more than eight months on the sidelines because of a fractured foot.

“Manuel will play, there’s nothing against that,” said goalkeeping coach Andreas Koepke from Germany’s training base in Eppan, Italy. “These are matches he needs, it’s a real test. Afterwards, it will be up to us to decide if it’s all OK.” Germany coach Joachim Loew has already said that Neuer would only travel to Russia for the June 14-July 15 World Cup as the number one goalkeeper.

Loew has taken 27 players with him for their training camp, including four ‘keepers, with four to be cut before the list of the official 23-man squad is delivered to FIFA on Monday.