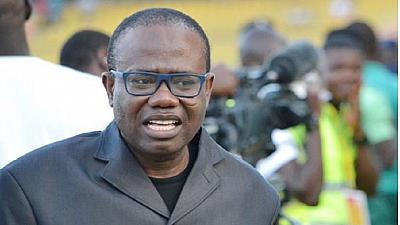 Ghana on Thursday said it would dissolve the country’s football association after explosive revelations of bribe-taking by referees and kickbacks to top officials that have shocked the football-mad nation.

Information minister Mustapha Abdul Hamid said the government had “decided to take immediate steps to have the GFA (Ghana Football Association) dissolved” because of the “widespread nature of the apparent rot”.

The GFA had earlier pledged to tackle corruption in the wake of a long-awaited undercover documentary unveiled in Accra on Wednesday night, just over a week before the start of the World Cup finals.

The information minister said the government, which has pledged to cut corruption in the country, was “shocked and outraged” at the claims.

The documentary “exposes gross malfunctioning of the Ghana Football Association characterised by widespread fraud, corruption and bribery”, he said in a statement.

The conduct of all GFA officials and the suspended director-general of the National Sports Authority, Robert Sarfo Mensah, was referred to police for further investigation and any “appropriate action”, he added.

Provisional measures will be put in place to run the sport in Ghana until a new body is formed. CAF and FIFA will be kept informed, he said.

“Government will see to it that the necessary reforms are urgently undertaken to sanitise football administration in the country,” the minister stated.