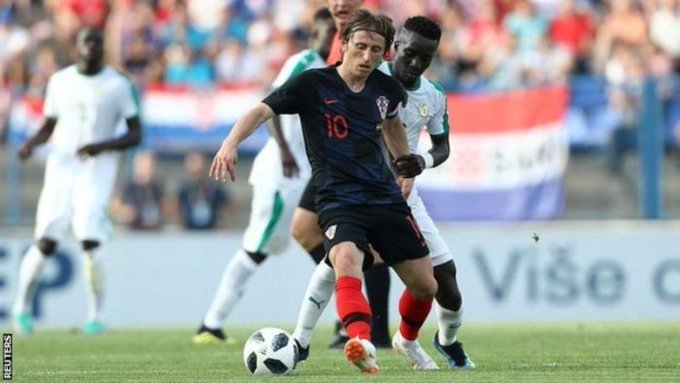 An early strike by RB Leipzig’s Timo Werner coupled with Osama Hawsawi ‘s own goal before half time put the world champions in command, before a late goal by Taisir Al-Jassim made the dying stages a contest.

Poland have surrendered a two-goal lead to draw 2-2 against Chile at the INEA Stadion in their final friendly before they jet off to Russia for the World Cup.

Robert Lewandowski , who has been tipped as a contender for the Golden Boot award at the finals, opened the scoring with half an hour played before Napoli’s Piotr Zielinski doubled their advantage minutes later.

Chile, however, pulled one back before half time through Jaime Valdes and completed their comeback in the second period when Mauricio Albornoz found the net.

Croatia fought back from a goal down to end their World Cup preparations with a 2-1 victory over Senegal in Osijek.

Hoffenheim forward Andrej Kramaric netted the winning goal after being set up by captain Luka Modric.

The lively Sadio Mane missed a late chance to level for Senegal when he struck the post.