Fernando Hierro has been appointed Spain manager for the World Cup 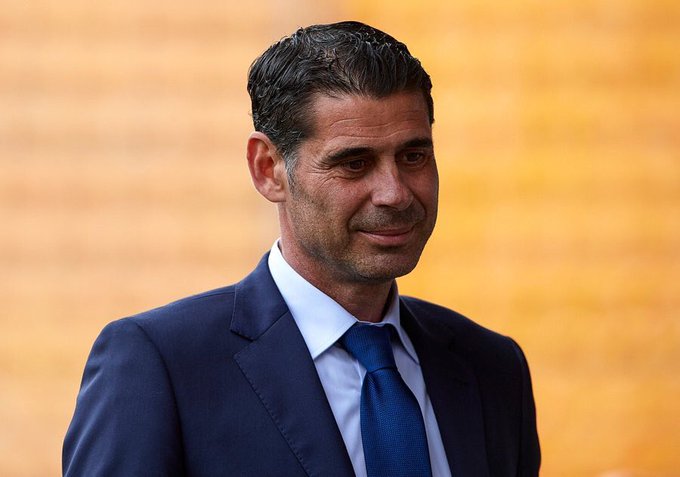 Lopetegui was sensationally axed on Wednesday just 24 hours after it was announced he would take over at the Bernabeu following the World Cup.

Former Real Madrid and Bolton star Hierro will be in the dugout on Friday when Spain open their Group B campaign against Portugal.

The 50-year-old is Spain’s sporting director and his only managerial experience is a year in charge of Oviedo.

Hierro spent 14 years at Real Madrid before a year in Saudi Arabia and 12 months at Bolton.

He won 89 caps for his country.