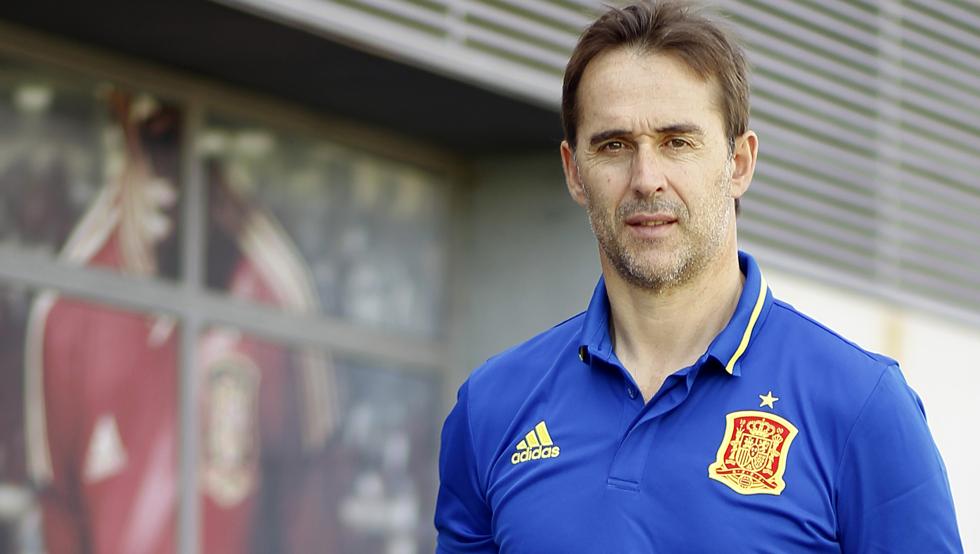 Lopetegui was confirmed as Real Madrid coach on Tuesday after the shock resignation of Zinedine Zidane.

The Spainish FA president Luis Rubiales confirmed the development at a press conference on Wednesday morning.

“We have to decided to fire the national coach,” Rubiales.

“What we have achieved in getting here is due in great part to him, and we must thank him and wish him luck.

“The negotiation (with Madrid) has occurred without any information to the RFEF. Just five minutes before the press release. There’s a way to act that needs to be fulfilled.

“It’s the Spanish team. You cannot do things this way. I admire Julen a lot, I respect him a lot, I think he’s a top trainer and that makes it more difficult to make the decision.”

The 51-year-old was in charge of 20 games, winning fourteen games and drew six.

Spain begin their campaign to regain the trophy from holders Germany on Friday evening, when they take on Portugal, with Russia and Saudi Arabia set to open the tournament on Thursday afternoon.