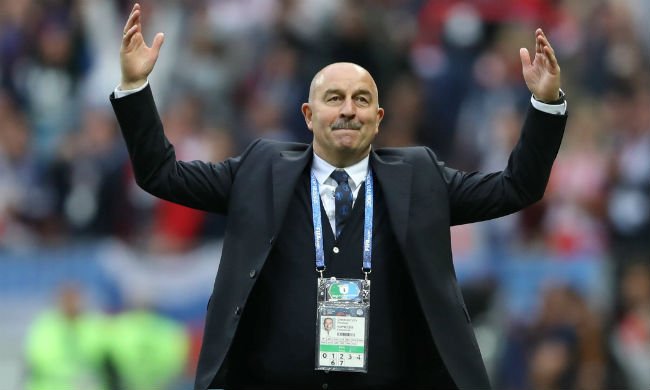 Russia coach Stanislav Cherchesov has hailed his players for overcoming the pressure of playing the opening game of a FIFA World Cup by thrashing Saudi Arabia 5-0 on Thursday.

Speaking in his post-match press conference, Cherchesov however pointed out that it will be a different game against Egypt on Tuesday.

“I would like to underscore that we are grateful to our squad with how they fulfilled our goals, how they played in a relaxed game under the pressure stemming from this being an Opening Match. But Egypt will be a different game, city and stadium, We need to meticulously prepare ourselves,” he said.

Sometimes it’s a source of joy for the fans, sometimes less so. However, we are honest in what we are doing.

“I was relaxed yesterday and I’m relaxed today because I know my players. It is a pleasure to work with them. Every coach depe