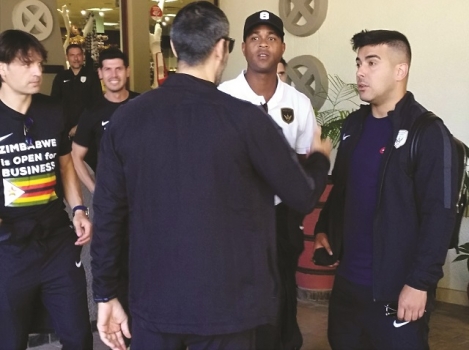 A group of international football legends are in the country as part of an initiative to market Zimbabwe as a tourism destination.

Twenty former footballers who include Patrick Kluivert, Gianluca Zambrotta, Fernando Morientes and Julio Baptista jetted in on Friday and will play against Warriors Legends at the National Sports Stadium on Wednesday.

The exhibition match, which is aimed at promoting tourism in Zimbabwe, is being organised by the ZTA in conjunction with the Sports ministry.

Meanwhile, Garcia and his team will tour Victoria Falls today.