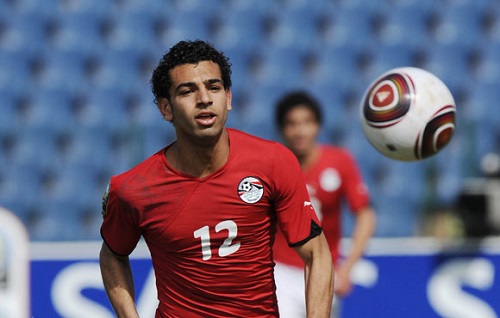 Mohamed Salah took part in full training with his Egypt teammates on Saturday as he tries to be fit for a crucial World Cup clash against hosts Russia on Tuesday.

The Liverpool star sat out the opening Group A game against Uruguay on Friday as coach Hector Cuper opted not to rush him back into action after he recovered from a shoulder ligaments injury that he picked up in last month’s European Champions League final.

The Pharaohs defended doggedly but were sunk by a 90th-minute goal from Uruguay defender Jose Gimenez, a defeat that left them with no option but to beat Russia after the hosts hammered Saudi Arabia 5-0 in the World Cup opener on Thursday.

“This is the second time Salah trains with the rest of the players. He is 100% ready to play against Russia,” Egypt team director Ihab Leheita told reporters at the team’s training base in Grozny.