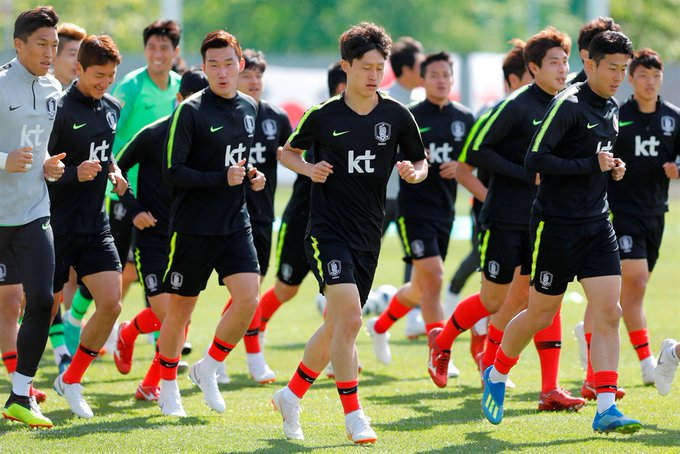 Sweden and South Korea will complete Group F action after last night’s Germany defeat at the hands of Mexico.

Sweden have some tricky candidates to negotiate to make it through to the round of 16. The first of them will be South Korea on today.

Sweden were responsible for one of the biggest upset of 2017 when they defeated Italy in the play-offs for tickets to Russia.

South Korea didn’t have the best of runs in the qualifying stages as well. They could have missed out if not for Syria to lose by a narrow margin to Iran in the final qualifying group game.

Shin Tae-yong’s men also failed to impress in the friendlies since and have managed just 1 win from their last 6 matches.

The teams met twice in the recent history and both friendlies played ib 2015 ended in scored draws.

South Korea qualified for every World Cup since 1986, however, they have made through the group phase just twice.