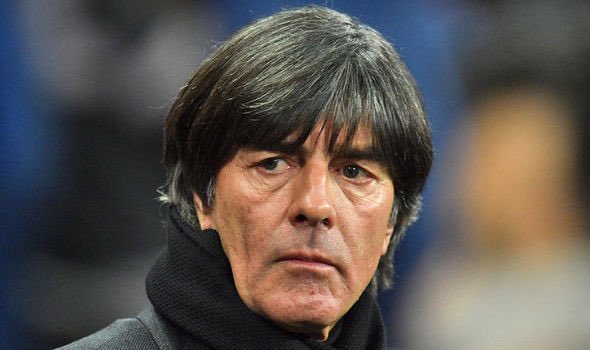 Germany head coach Joachim Low has admitted that his players are “really unhappy and crestfallen” following their shock 1-0 defeat to Mexico in their first game of the 2018 World Cup .

The reigning world champions looked disjointed and unable to deal with El Tri’s fast, fluid football in the first half, culminating in Hirving Lozano’s 35th-minute goal on the break.

Die Mannschaft improved in the second half and applied pressure on Mexico, but the Central Americans held out at the Luzhniki Stadium to condemn Germany to their first World Cup opening-day loss since 1982.

“It is disappointing to have lost the first match, that it is a situation we are not used to at all,” Low told reporters at full time. “In many tournaments we have always won the first match but we have to accept this. There can be obstacles to overcome and in the next match we must be much better.

“In the first half we played very badly, we were not able to impose our usual way of playing, attacking and there were lots of counter attacks against us and we were very vulnerable.

“In the second half we were able to press more, but Mexico drew back and then carried the ball forward fast. We had a couple of shouts, but it seemed jinxed and the ball did not go into the goal. Everybody is really unhappy and crestfallen but we have to put this behind us. Our team has experience of losses.”

The defeat is also Germany’s first at a World Cup since the 2010 semi-final against Spain.