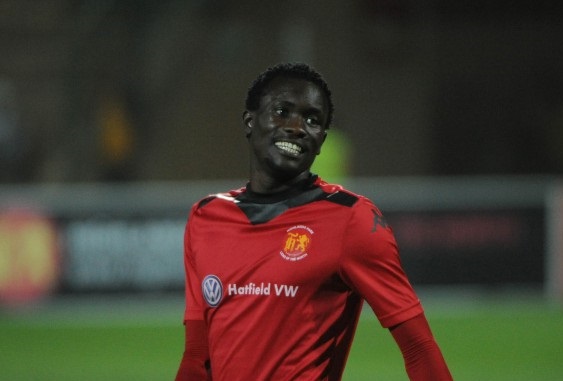 The former 25-year-old Jomo Cosmos player has been announced as one of the five new signings for the Algerian outfit.

Algerian and African football journalist, Walid Bylka ‏tweeted a picture of Mashumba in training with four other new signings for USM Alger.