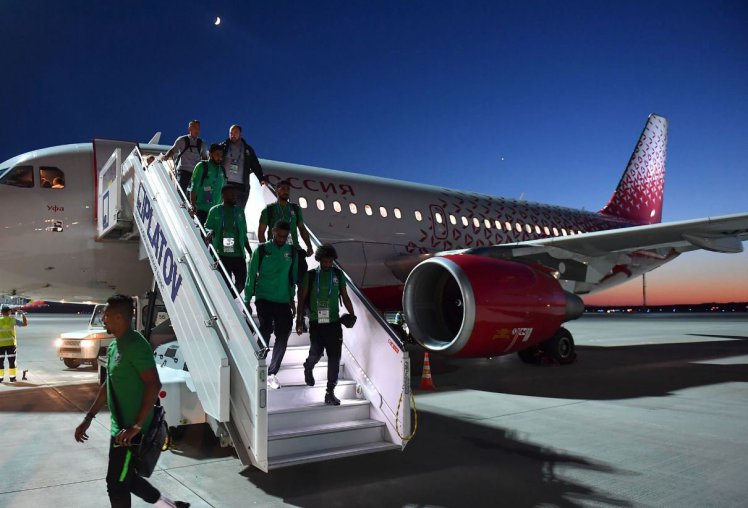 Saudi Arabia’s official team plane caught fire in mid air as they travelled to their World Cup match against Uruguay on Wednesday.

Flames were seen from the engine as the Russian Airlines Airbus was en route to Rostov before landing safely in city’s airport.

A Saudi Arabia statement said: “All the Saudi national team players have arrived safely and currently are staying in their residence.

“The fire was merely an accident.”

The videos uploaded to twitter show fire shooting from the engines underneath the wings.