Messi is a good player, he needs help from teammates: Modric 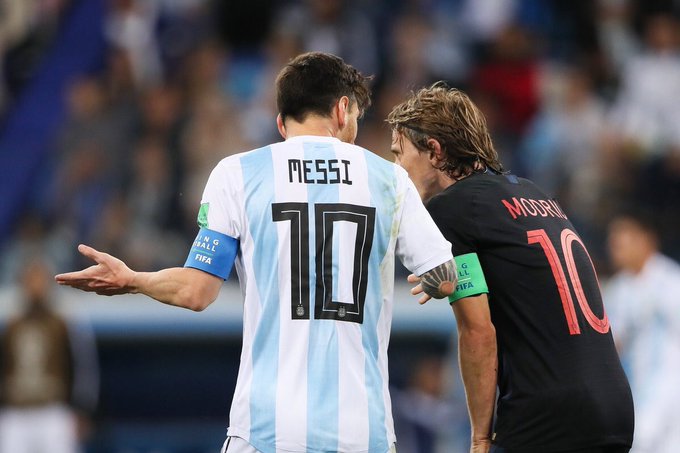 Croatian Captain Luka Modric has come to the rescue of Messi’s criticism lauding the Argentine as an exceptiobal player.

Goals from Ante Rebic, Luka Modric and Ivan Rakitic saw Croatia get a resounding 3-0 win in the Group D clash.

Speaking to Croatian media, Modric said Messi is a good player but require help from his team mates.

“He’s an incredible player but he can’t be expected to do it all on his own. In football you need help from your team mates – even when you are a great player. Leo looks fine to me, but by playing the game we played, that went against him. We closed down spaces and stopped Mascherano and other Argentina players getting the ball to him. It was very important for us to do that right at the start of the game and once we found our rhythm with the ball, we started taking control”, Modric explained

Modrić: "Messi is an exceptional footballer but he can't do it all by himself. In football, you need help."pic.twitter.com/w6ZnqfZulK