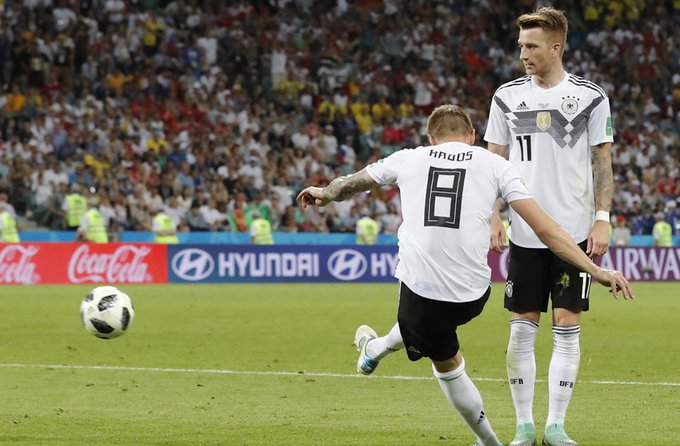 Germany claimed a last-gasp 2-1 win over Sweden at the Fisht Olympic Stadium to keep their World Cup destiny in their own hands.

After suffering a shock defeat to Mexico, the defending champions found themselves a goal down to Sweden and in need of a big turnaround. Ola Toivonen beat Neuer in goals for Germany with a clever lob causing panic for the German camp.

German did however manage to change things around, though, levelling up through Marcos Reus three minutes after the break and then winning the match thanks to a Toni Kroos free kick in the fifth minute of added time, despite being reduced to 10 men following Jerome Boateng ‘s red card.

Just a second win in eight matches since October places Germany, who take on South Korea in their next outing, level on points with Sweden in second.