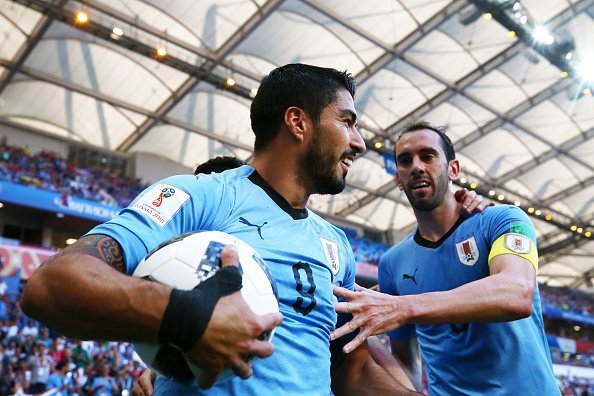 Russia roared to impressive back-to-back wins over Saudi Arabia and Egypt netting an inspiring eight-goal tally in the process. Interestingly, they matched Spain’s total tally in the 2010 campaign, the one which saw Andres Iniesta bagging the tournament winner in the extra-time of the final against Netherlands.

Uruguay and Russia took the maximum of six points from their opening two ties, leaving their head to head affair on Monday in Samara set to determine the group winner.

Uruguay and Russia have already qualified to the knockout phase after clinching two wins in their opening affairs against Egypt and Saudi Arabia.

They are now to decide the group winner in the third round encounter at Samara Arena.

Match Facts
The two sides met each other just once in the past.

It was an affair of a friendly character, played before the EURO 2012 when Alexander Kerzhakov quickly cancelled Luis Suarez’s opener at the start of the second half to set the final score of 1-1 at RZD Arena in Moscow.

Uruguay and Russia to win: 3.1