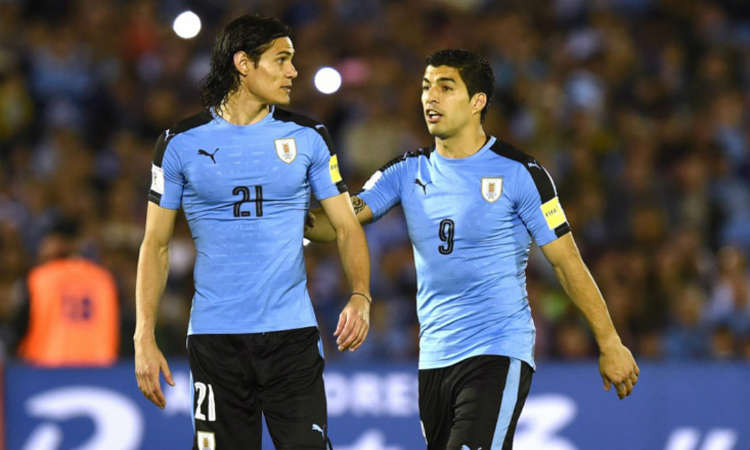 Uruguay sealed top spot in World Cup Group A with a 3-0 win over 10-man Russia at the Samara Arena this afternoon.

A Luis Suarez free kick and a Denis Cheryshev own goal gave Oscar Taveras’s side a two-goal lead before Russia’s Igor Smolnikov was sent off for two quick bookings.

Edinson Cavani rounded off a third successive victory for the South Americans, who finish the first phase with a 100% record and are yet to concede a goal.

In the other group match, Saudi Arabia ended their 11-game winless streak at the World Cup in dramatic style courtesy of a 2-1 victory over Egypt in Group A clash in Volgograd.

The game appeared to be on its way to an uneventful conclusion but in the fifth minute of added-on time, Salem Al-Dawsari found the bottom corner from eight yards to give his team a rare win on the global stage.

Both teams went into this fixture with little to play for but it did not take long for the game to click into gear with Saudi Arabia firing a number of efforts from distance off target.

Mohamed Salah had been quiet for Egypt but midway through the first half, the Liverpool winger put his nation ahead by lobbing Yasser Al-Mosailem after running onto a long ball from Abdallah Said .

Saudi Arabia equalised on the stroke of halftime after for a shirt pull inside the box and Salman Al-Faraj made no mistake as he swept the ball into the left-hand corner.