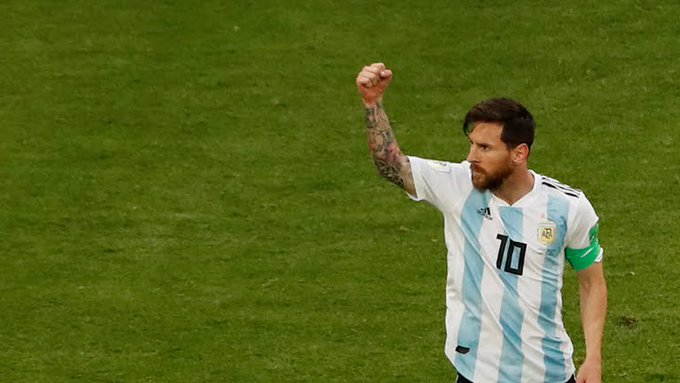 Argentina booked their place in the last 16 of the World Cup at Nigeria’s expense with a late 2-1 win at the Krestovsky Stadium this evening.

The two-time world champions were heading for a group-stage exit after Victor Moses scored a penalty early in the second half to cancel out Lionel Messi ‘s impressive opener.

Meanwhile, Croatia claimed top spot in Group D courtesy of a 2-1 win over tournament debutants Iceland at the Rostov Arena this evening.

Milan Badelj had initially put a workmanlike Croatia ahead, before a Gylfi Sigurdsson penalty in the second half gave Iceland late hope of victory, but the task eventually proved too much as Ivan Perisic scored late to condemn Heimir Hallgrimsson ‘s to group-stage elimination.

The victory for Zlatko Dalic ‘s Vatreni means that Croatia finish top of the standings and will face Denmark in the last 16.

Croatia have now also won three straight group games at a World Cup for the first time in the country’s history.