Mikel says his team was robbed of a penalty 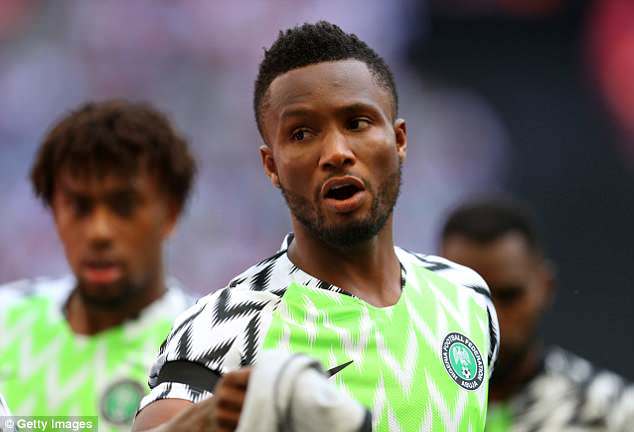 Nigeria captain John Obi Mikel has claimed that Marcos Rojo handled in the Argentina box during their World Cup defeat in Saint Petersburg and is adamant that his nation should have won a penalty.

In the 76th minute of the game, with the scores level at 1-1, the Manchester United defender headed the ball onto his own hand in the box after a Super Eagles cross from the left flank before Odion Ighalo shot wide.

Referee Cuneyt Cakir consulted the VAR and deemed the incident unworthy of a penalty, and 10 minutes later, Rojo struck a late winner for the Albiceleste to put them second in Group D at Nigeria’s expense.

Mikel slated Cakir’s decision not to award the Super Eagles a spot kick and believes that the calls for a penalty were more clear-cut than the ones for Cedric Soares ‘s handball from a
Sardar Azmoun header in the 1-1 draw between Portugal and Iran.

“It was a clear penalty for me,” Mikel told reporters at full time.

“If you look at the Portugal game yesterday, this wasn’t close to that. This was worse. We have seen it again in the dressing room. It was a clear handball.

“The referee looked at the VAR. He said it hit the hand. I asked why he didn’t give the penalty, but he said he didn’t know.”

VAR is being used for the first time a World Cup this year and has been on the receiving end of much criticism from fans and pundits.