Phil Jones : “We don’t fear anyone’ 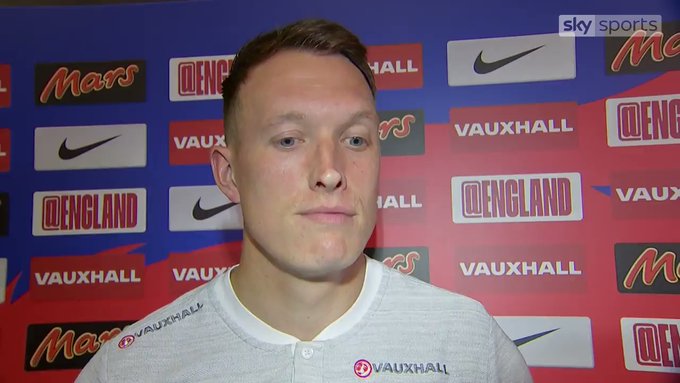 England defender Phil Jones has insisted that his team are not thinking about whom they could face in the knockout stages of the 2018 World Cup.

England have already qualified for the round of 16, and will take on Belgium on Thursday night for the right to top Group G .

A runners-up spot in the section could see the Three Lions face Mexico or Switzerland in the quarter-finals,while first spot might set up a clash with possibly Brazil – if Gareth Southgate ‘s side win their last-16 match.

Jones, however, has said that England ‘feel that they can beat anyone’ at this stage of the competition.

“We haven’t thought like that. It’s about what we’re going to do and how we approach each game,” Jones told reporters.

“I don’t think there’s been any focus on the teams we could face in the knockouts. We feel confident we can beat anyone and whoever we get we’ll be preparing right.”

Jones could be in line for his first minutes of the 2018 World Cup as Southgate considers making changes for the Belgium clash on Thursday night.