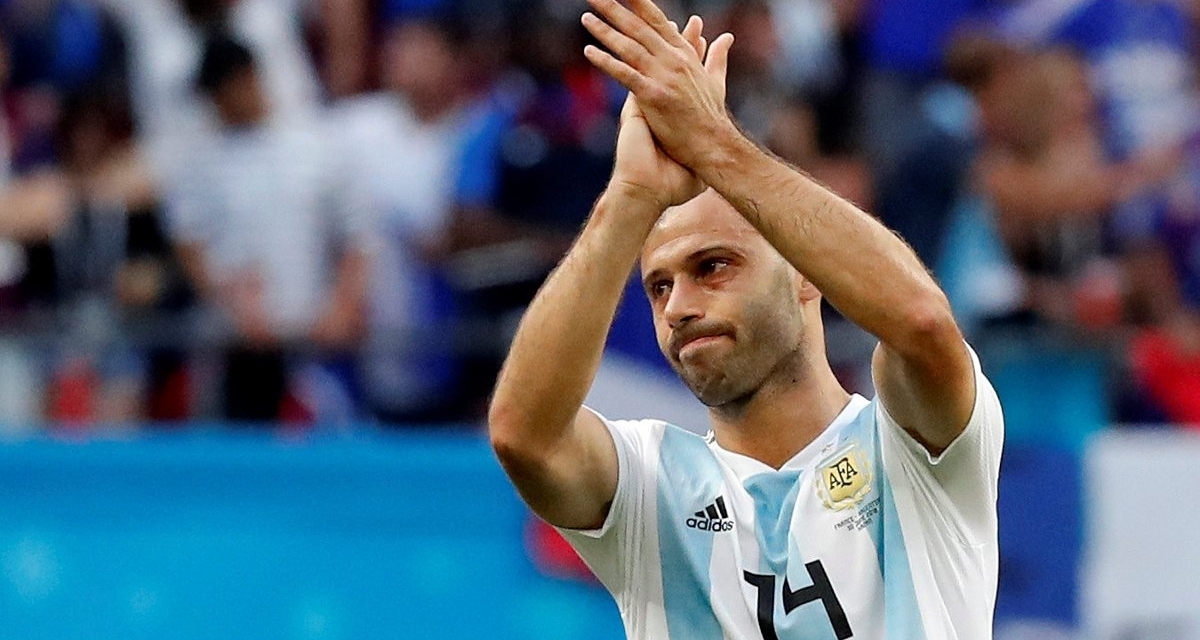 Javier Mascherano has confirmed his retirement from international football after Argentina were knocked out of the 2018 World Cup.

The 34-year old told reporters after the 4-3 loss to France saying: “It’s time to say goodbye, it’s time to support from outside. I hope that in the future these boys can achieve something.”

Mascherano won more caps (147) for Argentina than any other player in history.

The player is now plying his trade with Hebei China Fortune in the Chinese Super League after leaving Barcelona earlier this year.