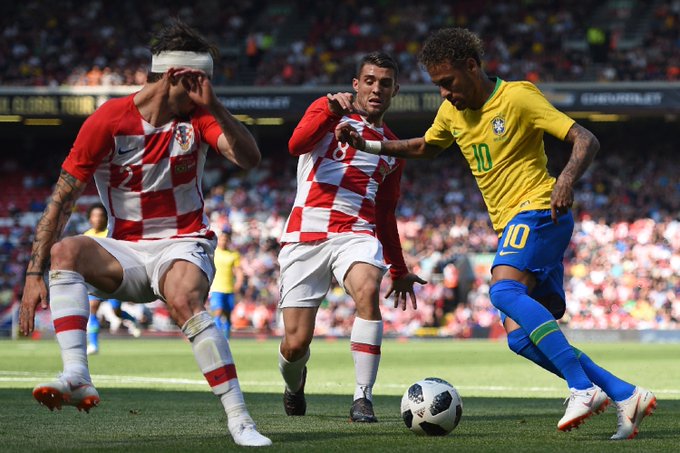 Andres Guardado has called on the referee to watch Neymar closely when Mexico take on Brazil in the World Cup last 16 because he “likes to exaggerate fouls”, reports Goal.com .

Neymar thought he had won Brazil a penalty in the 2-0 victory over Costa Rica last week, but the decision was overruled with the help of VAR, referee Bjorn Kuipers instead deeming it a dive.

The Paris Saint-Germain forward also drew criticism for his reaction to a strong challenge from Adem Ljajic in the Selecao’s victory over Serbia.

Guardado has subsequently urged the officials to keep an eye on Neymar in Samara Monday.

“We all know who Neymar is, but it isn’t up to me or my team to judge him, but the referees and Fifa,” he said.

“Now there’s VAR they need to watch his style and know how to manage it.

“We know he likes to exaggerate fouls, throw himself on the ground a lot, but that’s his style of play and the person who needs to stop that is the referee, not us.”