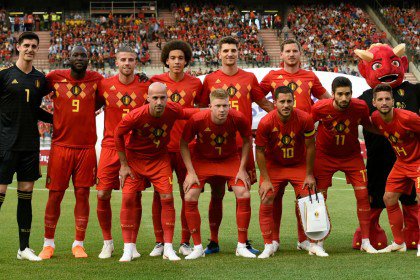 Belgium will take on Japan in the 2018 World Cup Round of 16 encounter seeking a 3rd quarterfinal berth on Monday, with kick off at 2000hrs (Zim Time) at the Rostov Arena in Rostov-na-Donu.

The Red Devils as Belgium is affectionately known are beaming with talented footballers who have been labeled as the golden generation. Their unbeaten 22-match run, the longest in Belgium’s history, reflects the quality of a hugely talented side .

On the other hand, Japan became the first country in World Cup history to advance to Knockout stages using the Fairplay tie breaker piping Senegal by virtue of having fewer yellow cards with both teams ending on for points. The Samurai Blue emerged second place ahead of Poland and highly fancied African favorites Senegal.

However, Belgium will be highly tipped to win this encounter after having beaten England in their last group encounter resting several of their star players.

They met at the World Cup before back in 2012 with both teams drawing 2-2.

Japan has got the better of Belgium twice both cases in International Friendlies.