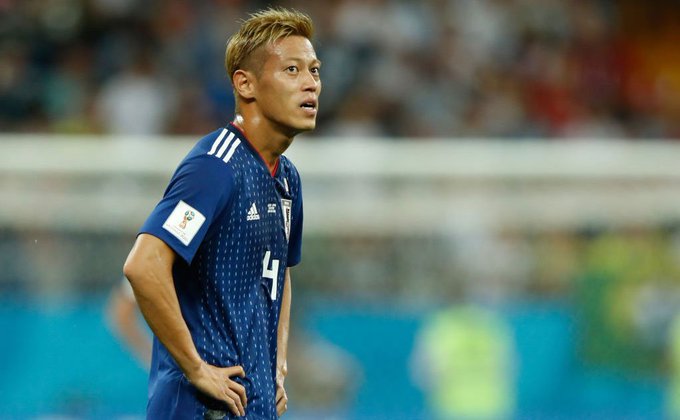 Japan’s midfielder, Keisuke Honda has brought the curtain down on his international career after the Samurai Blue were bundled out of the World Cup Round of 16 by Belgium.

Japan lost 3-2 after leading 2-0 at start of the second half and conceding the decisive goal in the last minute of stoppage time.

“I am concluding my career in the national team,” Honda said post-match, ending his inaternational career two games shy of 100.

“I am happy, because we have a lot of good young players, and now it is their turn to write the history of Japanese football.”

Known for his quick and creative play, Honda made his debut for the national team in 2008 and scored 37 goals.