Chidzambwa to conduct Under-17 selection

National team coach Sunday Chidzambwa will help conduct the trials before selecting a final squad for the 2018 COSAFA Under 17.

The tournament will run from 19 to 29 July in Mauritius.

A total of 50 players will undergo assessment at ZIFA Village on Thursday. The coaches will first select 30 players before trimming the squad to 20. The final team will be named on the 11th of July and depart for the tournament four days later.

Players will undergo eligibility tests in the host country. 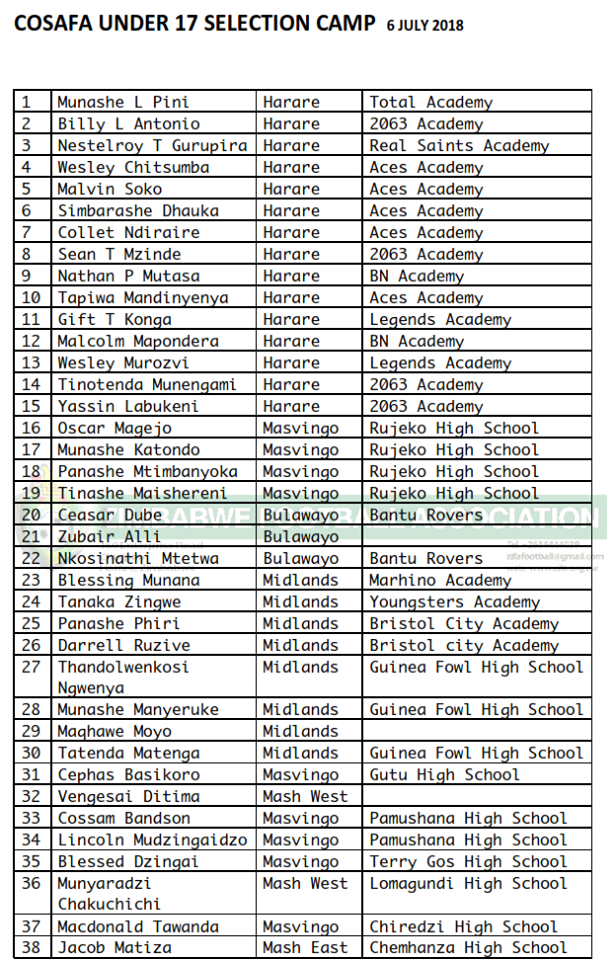