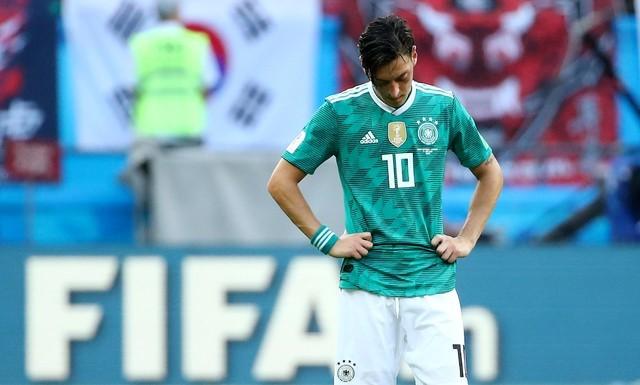 Ozil, 29, is one of a group of senior players slammed for woeful performances in Russia as Germany finished bottom of their group to suffer a shock early exit. At the World Cup, the Arsenal midfielder refused to comment about a controversial meeting on the eve of the finals with Erdogan which sparked questions about his loyalty to Germany.

Bierhoff admits it was a mistake to allow Ozil to stay silent as the controversy cast a shadow over the German camp.

“We have never compelled players in the German national team to do something, but always tried to convince them when it comes to certain things,” Bierhoff, Germany’s team director, told Friday’s edition of Die Welt newspaper.

“We did not succeed with Mesut. And in that respect one would have had to consider whether to refrain from playing him.”

Ozil and Ilkay Gundogan, who both have Turkish roots, were booed by German fans in pre-World cup friendlies after posing for pictures with Erdogan. Manchester City midfielder Gundogan presented him with a signed club shirt on which he had written “to my president”.