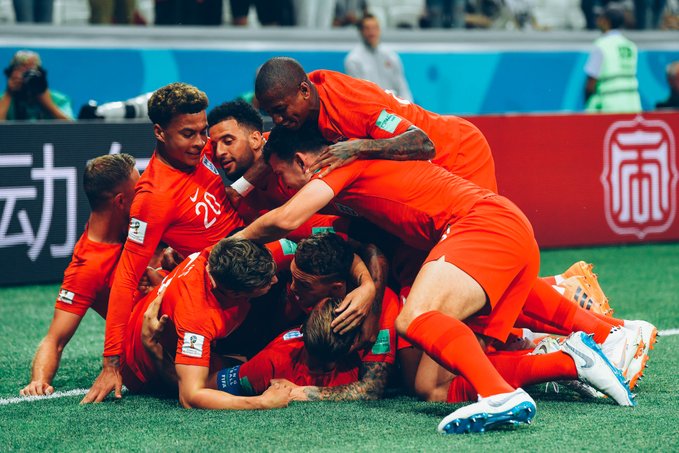 England underlined their title ambitions in Russia easing past Sweden 2-0 through goals from Harry Maguire and Dele Alli to reach the World Cup semi-finals.

Gareth Southgate’s men needed a glancing header from Harry Maguire to put England into the lead on the half-hour mark before Dele Alli doubled the advantage in the second half to help England to a deserved win.

Sweden struggled to impose themselves on the game despite enjoying a greater share of the ball. They did create several goal scoring chances but Everton Number 1 Jordan Pickford in goals for England put on a man of the match performance to deny all scoring chances.

England will play the winner between Russia and Croatia in the last quarterfinal duel set to play later tonight.