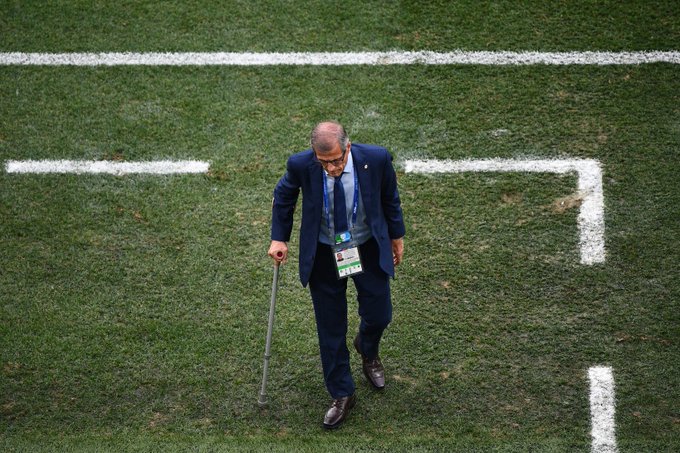 Uruguay head coach Oscar Tabarez has refused to comment on whether he will remain in charge after their 2-0 defeat to France in the quarter-finals of the World Cup.

The former AC Milan coach, who has managed the national team for 12 years, was unwilling to discuss whether he has a future in the role.

“I don’t know of any coach who can decide his own future,” The Mirror quotes him as saying. “I still have a contract, but I am not going to talk about what might happen because this is not the time.

“There are associations who are there to decide these things and if I made a comment now I would be going against my principles.

“I don’t know what is going to happen, but Uruguayan football will continue to grow and develop its history.”