Kante is the best in the World says Hazard 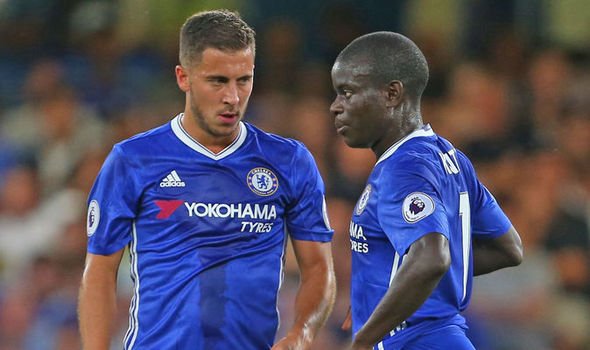 The World Cup Semi finals is upon us and it will offer interesting duels. France vs Belgium will be interesting. Brothers will compete against each other, Lukaku vs Pogba. Hazard vs Kante . Courtois vs Giroud.

The pairs will be on opposite sides when Belgium meet France in the semi-finals of the World Cup on Tuesday.

Belgium captain Edin Hazard has warned his countrymen to be Warry of France’s N’golo Kante, hailing him as the best in the world.

Hazard said that his country will find it difficult to beat France if Chelsea teammate N’Golo Kante “is at his best” for Les Bleus.

“I play all year with Kante. He is the best in the world in his position. When he is at his best, you have a 95% chance to win the game,” Hazard told beIN Sport.