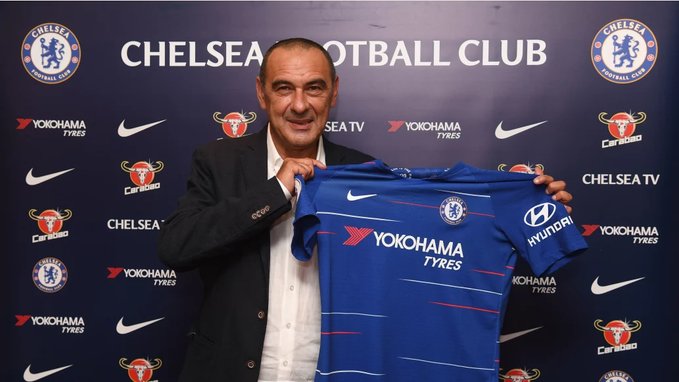 English Premier League club Chelsea have named Maurizio Sarri as their new head coach. The Italian Antonio Conte , who departed Stamford Bridge on Friday after two years at the club.

Sunday’s announcement that Chelsea have appointed Sarri as their new coach came as little surprise, as there had been much media speculation of the sacking of Conte.

The 59-year-old Italian joins the Premier League club after three years at Napoli where he managed two second place finishes.

“I am very happy to be coming to Chelsea and the Premier League,” Sarri told the official club website. “It is an exciting new period in my career.

“‘I look forward to starting work and meeting the players on Monday ahead of travelling to Australia, where I will be able to get to know the squad and begin our match action.

“I hope we can provide some entertaining football for our fans, and that we will be competing for trophies at the end of the season, which is what this club deserves.”