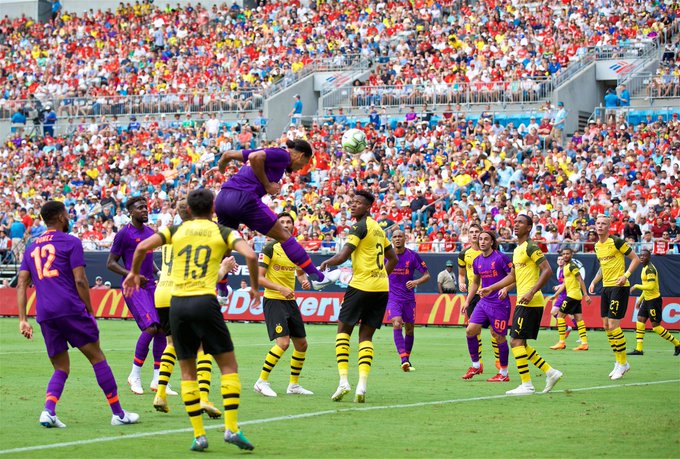 Manchester United were once again far from convuncing in their preparations for the 2018-19 season with a goalless draw against San Jose Earthquakes at the Levi’s Stadium in California.

It was a second draw in as many matches following anothet 1-1 draw against Mexican side Club America in their first USA tour match.

Meanwhile, USA international Christian Pulisic came off the bench to inspire Borussia Dortmund to a 3-1 victory over Liverpool in their International Champions Cup match at the Bank of America Stadium in North Carolina.

Virgil van Dijk scored the only goal of an uneventful first half to send Liverpool into the break with the lead, but a string of half-time changes resulted in more action and ultimately saw Dortmund come from behind to win.

Liverpool transfer target Pulisic scored twice – with a contentious penalty and then a clinical finish late on – before setting up a third goal for Jacob Bruun Larsen in stoppage time as Dortmund claimed a second Premier League scalp in the space of less than 48 hours.