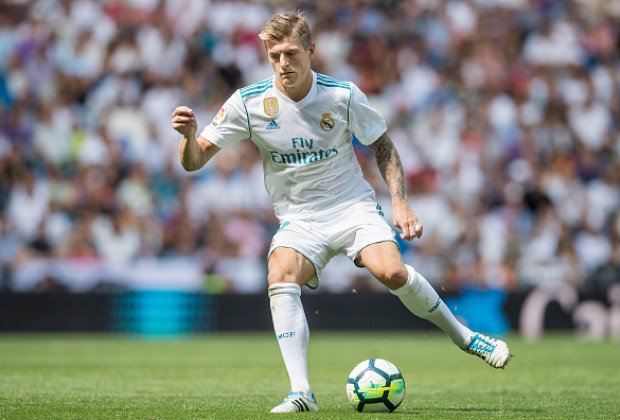 Kroos has established himself as one of the most highly-rated midfielders in world football since his move to the Bernabeu in 2014, helping the club to three successive Champions League titles.

United have already brought in Fred to bolster their midfield options this summer, but Mourinho is understood to want further additions as he looks to close the gap on Manchester City next season.

TalkSPORT reports that United have now given up hope of signing Gareth Bale from Madrid, and have instead set their sights on bringing Kroos to Old Trafford before the August 9 transfer deadline.

The 28-year-old has won 10 trophies during his four-year stay in the Spanish capital, making 190 appearances for the club and scoring 12 goals.