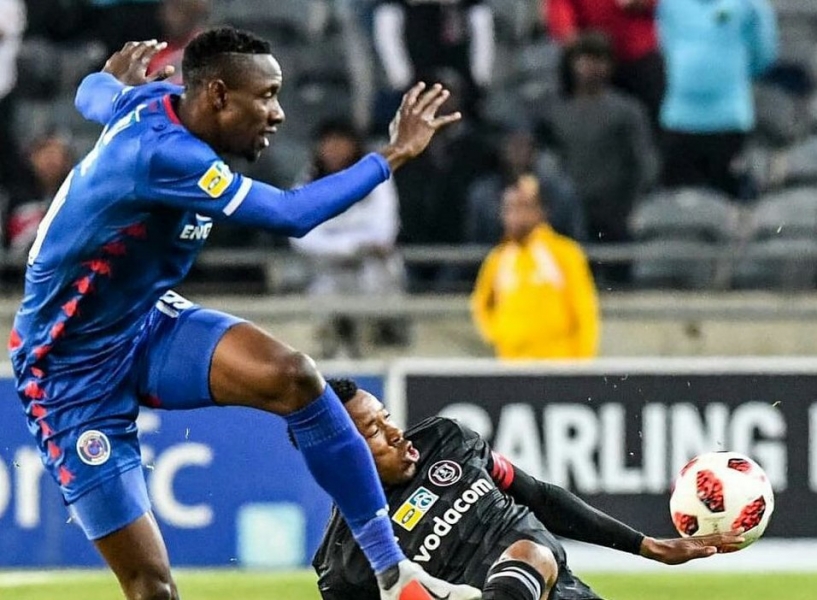 Evans Rusike scored the winner on Saturday as SuperSport picked their second league victory of the season.

The 28-year-old found the back of the net in the 72nd minute with a beautiful volley, and his goal ended Bidvest Wits’ 100% record this campaign. He has now scored three consecutive times in all competitions.

Team-mate and fellow countryman Onismor Bhasera played the whole game while Wits forward Terrence Dzvukamanja was subbed off in the 83rd minute.

Polokwane City’s Walter Musona was also on target over the weekend, helping his team beat Baroka FC 2-0 in the Limpopo derby.

The 22-year-old forward netted the opening goal in the 36th minute, connecting a cut back after some sloppy defending from Baroka. He was subbed off in the 81st minute.

City’s goalkeeper George Chigova managed to keep his first clean sheet of the season, having conceded three goals in the previous encounter.

On the other hand, Baroka’s Talent Chawapiwa featured in the encounter and put up an above average performance. He created some chances, but none made a threat to the keeper.

Kaizer Chiefs duo of Khama Billiat and Willard Katsande were in action on Friday. The pair played for ninety minutes as they drew 0-0 against Maritzburg. Defender Teenage Hadebe is still out, nursing an ankle injury.

Orlando Pirates midfielder Marshall Munetsi returned to the squad and made his first appearance of the campaign on Sunday in 1-0 defeat to Bloemfontein Celtic.

Munetsi had missed Pirates’ first three games. His team-mate Kudakwashe Mahachi was not part of the team.

City’s Matthew Rusike also played in the encounter but was subbed off in the 72nd minute.