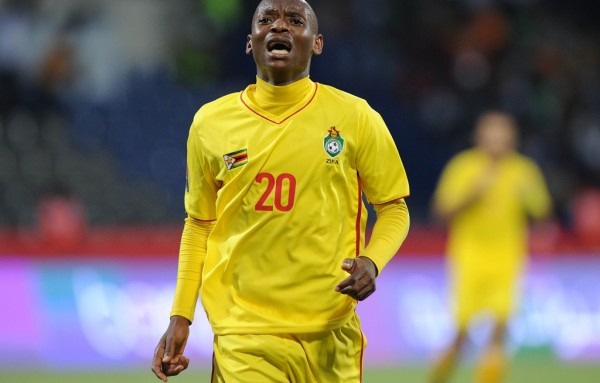 Zimbabwe remained unbeaten in the 2019 Afcon Qualifiers campaign following a 1-1 draw against DRC in Harare on Tuesday.

The Warriors are now 8 points on top while DRC has five.

Khama Billiat put the hosts in front in the first minute, connecting Talent Chawapiwa’s cross in the opening attack of the game.

The home team continued to dictate the pace and had a goal disallowed on minute 22 when Knox Mutizwa’s effort was ruled for off-side.

DRC, however, equalised a minute later through an own goal by Teenage Hadebe who failed to clear Mpeko’s cross.

Zimbabwe went on to suffer another setback before the half-hour mark when goalkeeper George Chigova got injured and had to be subbed off. Nonetheless, they regrouped and retained possession for the remainder of the game as they sake to restore their lead, but nothing came out of it.

The teams went to the break tied at 1-1.

DRC took control in the opening minutes of the second half, and the Warriors had their goalkeeper Edmore Sibanda to thank after pulling a great save to deny Bakambo following a quick counter-attack.

Zimbabwe only picked up the momentum towards the hour when they launched a series of raids. Their best opportunity in the half came on minute 70 when Billiat’s strike was blocked following a great build up.

The game became cagey in the final minutes with neither side making real threats at goal.

No goals were scored and it ended in a stalemate as DRC kept their chances of reaching the finals alive.