Chicken Inn and Black Rhinos have now gone for four games without a win after the two teams played to a 1-1 draw at Luveve Stadium on Saturday.

The Gamecocks dominated possession in the first half, creating many chances but they went to the break trailing by a goal to nil thanks to Honey Chimutimunzeve’s 32nd strike. The home team continued to command the pace in the second period and finally found their breakthrough in the 70th minute when Clement Matawu got the equaliser.

The game ended 1-1 as Chicken Inn remained in third place while Black Rhinos slumped to number 10.

At Ascot Stadium, Nichrut’s chances of surviving the chop suffered a tremendous blow when they lost 0-2 to Herentals.

The Students opened the scoring early in the 6th minute courtesy of William Kapumha’s effort. They doubled the advantage on the stroke of full-time after Brighton Majarira capitalised on a howler by the keeper.

The victory puts Herentals in the 5th place with 47 points while Nichrut are still occupying number 15.

Elsewhere, Yadah were held to a goalless draw by an already relegated side, Buluwayo City in a match played at Rufaro Stadium. ZPC Kariba moved two places up to 8th position following a 2-0 victory over Chapungu United. 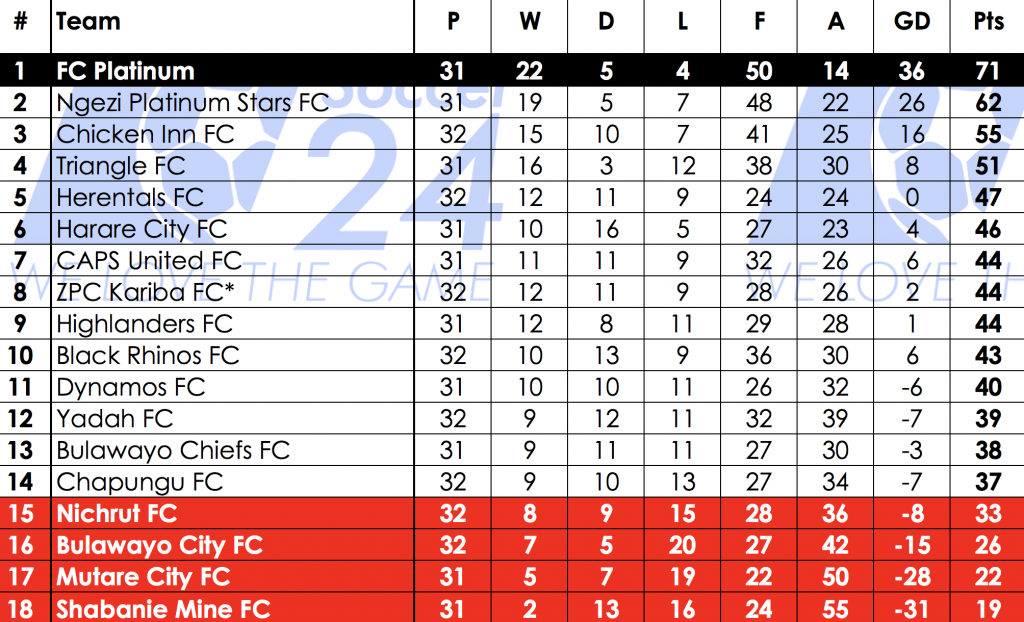