With FC Platinum already confirmed as the winners of the Castle Lager Premier Soccer League, the focus now shifts to the relegation battle.

Nichrut who occupies the last relegation spot will be hoping not to join Shabanie Mine, Bulawayo City and Mutare City too early. They face Triangle United away at Gibbo Stadium on Sunday, and any drop of points will see them out of the league.

The newly crowned champions will play Ngezi Platinum on Saturday where there will be officially crowned the winners.

Here are the Match-day 33 fixtures: 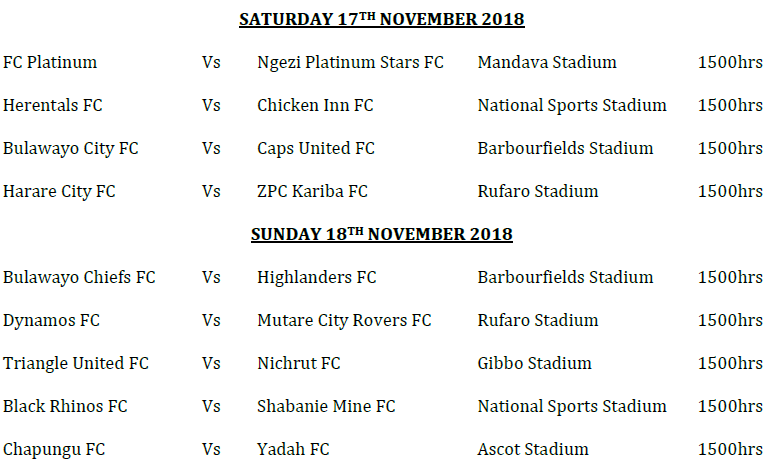