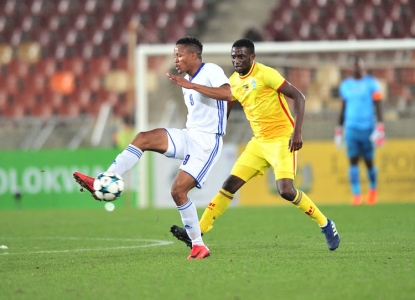 South African Premiership side, Supersport United has renewed their interest in Kevin Moyo and could make a move in January.

The FC Platinum defender spent two weeks at the club, undergoing trials, in July but nothing materialised.

A source at the team says the Pretoria-based side has been monitoring the player for some time now and are likely going to sign him in the next transfer window.

“Supersport have been monitoring Kevin and were really impressed by his performance at the heart of the Warriors defence in the Africa Cup of Nations qualifier against DRC in Harare. His performance over the past two seasons has also pushed Supersport to make some consideration,” said the source.

Supersport, coached by former Warriors defender Kaitano Tembo, are also said to be in constant touch with the player.

Moyo has been one of the most consistent players in the local league for the past three seasons and is a strong contender for the soccer star of the year award.