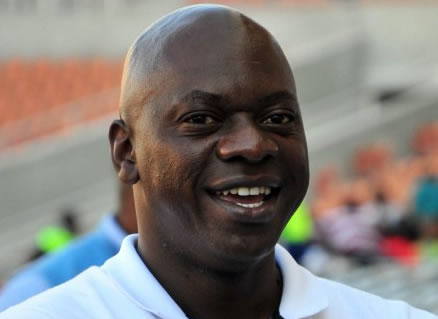 Ian “Dibango’’ Gorowa could bounce back to football management but this time for his first Castle Lager Premiership coaching job, according to The Herald.

The former Warriors gaffer who also had stints in the ABSA Premiership has become the latest coach to be linked with the vacant Ngezi Platinum post after he was spotted at Baobab Stadium on Saturday as the league runners-up lost 1-0 to Black Rhinos.

Madamburo fired Tonderai Ndiraya last month after the Mhondoro side fell behind FC Platinum in the title race. Clifton Kadurira took over the reins but on an interim basis.

Club chairman Jeremiah Gasitene, however, could neither refute nor confirm the links in an interview with the newspaper.

“Interim says it all, doesn’t it? We will announce our substantive technical team as we go on. We have been linked with so many coaches, I guess speculation is bound to happen when certainty doesn’t exist,” said Gasitene.

Other coaches to have also been included on the Ngezi wish list include current Warriors assistant Rahman Gumbo, Highlanders’ Madinda Ndlovu and Joey Antipas of Chicken Inn.